Getting away from it all is harder than ever thanks to Wi-Fi, constant connectivity and more iDevices than you can shake a charger at. Still, we’ve managed to pick our top five island escapes where you can adopt a ‘no shoes, no news’ ethos from the moment you arrive. Peter Island Resort & Spa, British […] 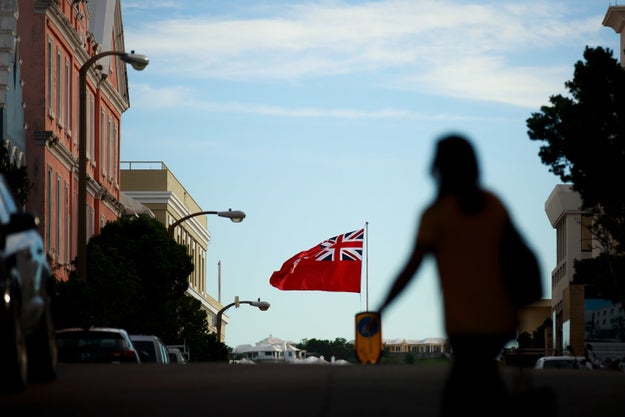 Bermuda has become the first national territory in the world to roll back same-sex marriage.

Rights groups said the move was unprecedented on the world stage, and stripped same-sex couples of the right to marry, while politicians in Britain expressed profound disappointment, calling it a “backwards step” for human rights in Bermuda.

Ty Cobb, director of HRC Global, said: “Despite this deplorable action, the fight for marriage equality in Bermuda will continue until the day when every Bermudian is afforded the right to marry the person they love.”

Same-sex couples had been able to marry on the remote North Atlantic Ocean island – home to around 65,000 people – since a supreme court ruling there in May last year, which led to protests on the socially conservative territory.

The previous year, two-thirds of voters had rejected same-sex marriage in a referendum, although turnout was low at below 50%.

“It’s not only LGBT travellers that care about equal rights based on sexual orientation. Our research indicates many companies, consumers, and travelers, including the overwhelming majority of the younger visitors powering Bermuda’s growth, care about this issue,” Bermuda Tourism Authority CEO Kevin Dallas wrote in a letter to lawmakers last December.

But on Wednesday, the island's governor, British diplomat John Rankin, said in a brief that “after careful consideration in line with my responsibilities under the constitution, I have today given assent to the Domestic Partnership Act 2017.”

Bermuda's minister of home affairs, Walton Brown, said in a longer statement that the new law gave same-sex couples the “equivalent” rights of married heterosexual couples, including over inheritance, access to property rights, and the ability to make medical decisions on a partner's behalf.

“While the majority of Bermudians do not agree with same-sex marriage – as evidenced by the referendum – it is the government’s belief that this Act addresses this position while also complying with the European courts by ensuring that recognition and protection for same-sex couples are put in place,” Brown said.

“The Act is intended to strike a fair balance between two currently irreconcilable groups in Bermuda, by restating that marriage must be between a male and a female while at the same time recognising and protecting the rights of same-sex couples.”

The minister added that the same-sex couples married between last May's supreme court decision and the new law coming into effect would continue to be recognised as being married.

Bermuda's official status is as a British overseas territory, meaning it is self-governing but the UK has responsibility for foreign policy and defence.

In the UK, opposition politician Chris Bryant said that British foreign secretary Boris Johnson had not opted to intervene in the Bermudian legislation being passed, something that he said “totally undermines” British efforts to advance LGBT rights.

After Bryant raised the issue in Parliament on Thursday morning, UK government minister Harriett Baldwin said: “We are obviously disappointed about the removal of same-sex marriage in Bermuda.”

She said that after “full and careful consideration” of Bermuda's constitutional and international obligations, Johnson had decided that it would “not be appropriate” to block the legislation, something she said only took place in exceptional circumstances.

Bryant responded by saying: “However the government tries to dress this up, it is a backwards step for human rights in Bermuda and in the overseas territories.”