Liverpool’s backup defender Ragnar Klavan has admitted that he doubts himself, which Jurgen Klopp once said held him back from being a great centre-back.

The post LFC defender admits: I have little confidence appeared first on The Empire of The Kop. 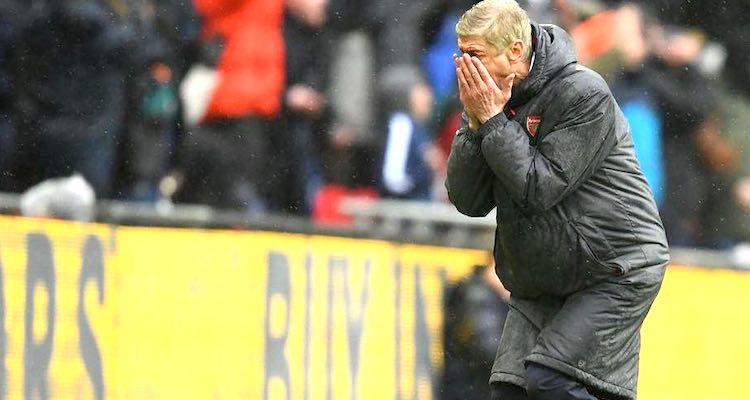 A difficult weekend for Arsenal is now followed by a strange couple of weeks. Due to our involvement in the Carabao Cup final, and lack of it in the FA Cup, we don’t play another league game until March 1st.

In fact, our next four fixtures see us play the same opposition twice. Home and away against Östersunds in the Europa League – with a gap of a full week between games – then we face Man City twice. The first game, at Wembley, is a chance to earn some silverware, before Pep Guardiola’s side come to the Emirates the following Thursday.

It’s an odd quirk of the schedule and it probably gives us too much time to think about things but it is what it is, we are where we are, and we have no choice other than to just get on with it.

Between now and our next Premier League game, the teams directly above us are in action in the same competition. Sp*rs and Liverpool play once, and Chelsea twice (including their game tonight), so we could potentially be looking at an 11 point gap to the top four as we line-up for Man City on March 1st. That makes an already daunting looking game even more so, and I think at this point the idea of a top four finish is fanciful.

It’s not impossible and mathematically (arithmetically?) the points are there for us to do it, but what’s not is the consistency of performance. It’s impossible to look beyond this mental block we have away from home as the principal cause of our points deficit this season, because taking just 13 from a potential 42 tells its own story better than anything else.

The fact that at home only the two Manchester clubs have a better record than us makes it all the more irritating. When we lose and when we play poorly, it’s easy to think that the players are simply not good enough, or below par for what we need to do. The home record suggests that’s not the case though.

It’s not to say that there aren’t some who could be improved upon, but the same players who are so bad on the road have lost just one game at home this season, and scored more goals than any other team apart from Man City. Yet away we’re a complete mess, there’s no other way to say it. Teams like Swansea, Newcastle, Brighton and bottom side West Brom have conceded fewer goals on their travels, and even playing at an almost neutral Wembley made little difference.

These players feel comfortable at the Emirates, capable of playing some good football and achieving decent results, but take them out of that environment and something happens to them. Something the manager has been unable to correct, and I’m sure he’s tried. He even came up with his own rationale for why after the game on Saturday, saying:

Football is about scoring goals. You can say, ‘We are not strong enough when defending our goal’, but when you look at the numbers and compare them to the top six, we do not score enough goals away from home. These two weaknesses, one added to the other, explain it.

So, in basic terms we don’t score enough goals and let too many in. Which is hard to argue with but it’s not really an explanation. It’s just the facts. I get football is about fine margins, and had Alexandre Lacazette made more of his chances in injury time, we’d have been delighted with a point under the circumstances, but it doesn’t really tell us why a team that can look so solid at home allowed the opposition so many clear cut chances to score before that.

We could talk all day about Organisation. Focus. System. Concentration. Lack of awareness. Desire. Commitment. All of these things should be taken as fundamental parts of the job of a professional footballer. If they’re qualities we have at home, why are they lacking so often away? I wish I had the answer. I wish someone had the answer.

Speaking of confidence, the manager touched on Lacazette and his failure to take those chances late on. The second one in particular is one which you would have expected him to score given the career he’s had making the most of opportunities like that. Wenger suggests that the arrival of Pierre-Emerick Aubameyang has dented his already fragile confidence further, saying:

Maybe his confidence is not at its highest because he has seen a competitor coming in.

Should that worry us? Does it say something about his character? Perhaps. What’s most concerning is just how he looks to have folded in on himself over the last couple of weeks. He looks like a man who is really struggling with his situation. He’s scored just one goal in his last thirteen games, and for a striker that’s a poor run to be on.

More than any other position on the pitch, strikers need to feel to confident, and he looks like someone who’s fill of that particular quality has completely evaporated. The manager backed him to rediscover his scoring touch, but after a relatively promising start to his Arsenal career, with plenty of goodwill towards him, he’s now at a point where he’s in danger of being defined by his lack of goals as much as anything else.

Saying that, however, and I’ve mentioned this before, I’m at a point where I think too much individual assessment of players is basically pointless. Such is the lack of consistency as a team you can’t point fingers at this guy or that guy and say they’re the root cause. I think Lacazette far more a casualty, rather than a key component of our poor results, but you don’t do yourself any favours when you drop a couple of clangers like did in a game like the North London derby.

Lots to talk about on this morning’s Arsecast Extra with James. As ever if you have questions or topics you’d like us to discuss, send to @gunnerblog and @arseblog on Twitter with the hashtag #arsecastextra and we’ll do our best to get to as many as we can. The podcast will be up before lunchtime.

Sadio Mane has been well short of his best for most of this season, and a lack of confidence is […]