Megan Vaughan loves a few key things in life: her husband, working out and wine.

One night, the radio personality from Clarksville, Tennessee, decided to combine her loves into a “wine workout.”

“I came home from the gym and I had a glass of wine, and I was like, I’m in my workout clothes still, I bet if I put a straw in my wine I could do pushups,” Vaughan tells PEOPLE. Her husband thought it was “so dumb,” but she convinced him to film it.

“I posted it to my radio station’s Facebook page, and it got like, 27 million views. So I just kept making more!” she says.

Vaughan has since worked out with dumbbells rigged with wine glasses, gone for walks with a Black Box Camelbak, rolled out her abs with sips of wine and more. She doesn’t plan out the videos ahead of time — “inspiration just randomly hits,” she says, like the one of her lifting a barbell with a wine bottle duct taped on.

“We had just moved to Tennessee and I had unpacked our weight bar. And I thought, ooh, if I stuck a bottle of wine on that I could make a video. And my husband was like, here we go again,” she says, laughing. “But he’s in the Army and he knows all these MacGyver moves, so he got it on there and we filmed it, and I’m sure our new neighbors thought we were nuts.”

RELATED VIDEO: Tone Up With This Seven-Minute Full-Body Workout From Kayla Itsines

Vaughan emphasizes that her “wine workouts” are “just a joke.”

“It’s not like I really work out like that in real life,” she says. “Some people talk trash about it, saying that I’m promoting alcoholism, but it’s not. I’m very fit, I work out six days a week and I like a glass of wine at night. That’s it.”

Her only goal is to have fun.

“I’m glad that it makes people laugh,” Vaughan says. “That’s all I care about.”

(And for the record, she prefers red.)

In frigid temperatures and under the watch of spectators around the world, South Korea opened the 2018 Winter Olympics in Pyeongchang only minutes ago on Friday night — or Friday morning here in the U.S. — with a joyous ceremony centered on peace.

The colorful, culture-filled ceremony featured a trio of young kids who appeared to embark on a journey through South Korea’s rugged mountains with Pyeongchang’s official Olympic mascot, Soohorang, a white tiger.

Though details had been kept largely under wraps, opening ceremonies customarily trace the history and culture of the host country. Yang Jung-woong, who directed the opener, reportedly teased beforehand that it would “be like a fairy tale in the winter. It’s a fantasy, which children see as a dream.”

The ceremony, which began about 8 p.m. local time and 6 a.m. on the East Coast in the U.S., was staged at the PyeongChang Olympic Stadium in the mountains of Pyeongchang County, approximately 120 miles east of Seoul. The ceremony will be rebroadcast by NBC in primetime on Friday.

Please return to this story as we continue to update it with details and photos from the opening ceremony.

The 35,000-seat Olympic Stadium was constructed specifically for the opening and closing ceremonies of this year’s Winter and Paralympic Games, after which it will be torn down, leaving behind a museum and smaller venue.

Some news reports in the months leading up the Olympics focused on the stadium’s lack of a roof and concerns about the potentially sub-zero-like temperatures inside — given the wind chill — with area lows this week dropping below the teens.

However, Friday’s weather saw warmer temperatures than in the days before, and one local forecast showed a temperature at 7:30 p.m. local time Friday of 28 degrees, which felt like 17 degrees.

The stadium came equipped with several solutions to keep attendees warm, including heated enclosed shelters near the seating as well as seat, hand and foot warmers and a kind of wind-breaker.

RELATED VIDEO: Olympic Hopeful Figure Skaters on How to End a ‘Perfect Performance’ in 5 Steps

Friday’s ceremony was overseen by Executive Creative Director Song Seung-whan, an actor and producer whose musical show Nanta, described as a “non-verbal” mix of “comedy, music, cooking and traditional Korean samul nori rhythm” is the longest-running production and has been seen by more than 10 million people.

“We have worked on all of our scenarios under the theme of peace,” Song said in January.

Of Song’s work organizing the opening, POCOG President Yang-Ho Cho said: “His experience and creative talent will prove to be valuable assets in producing ceremonies that will harmoniously connect our passion, tradition and cosmopolitan culture to the international audience.”

The 2018 opening ceremony followed in the tradition of the mass spectacle marking previous such openers at the Games in Rio de Janeiro; Sochi, Russia; London and others.

Friday night’s event also includes the parade of nations, including Team USA’s 244 athletes (who are kept warm thanks to a special heating system in their Ralph Lauren-designed uniforms, which used conductive ink in the shape of the American flag printed on the inside of their jackets).

The American delegation is led by Vice President Mike Pence, who attended the opening alongside wife Karen. Olympic bronze medal luger Erin Hamlin led the athletes as the flag-bearer, in a decision medalist and speed skater Shani Davis criticized after “dishonorably” losing to her in a coin toss.

North and South Korea will march under the same flag in the opener, the first time the two countries have done so at any Olympics in 12 years. They will also field a joint women’s hockey team — a first for them at the Games.

Other segments at the opener include the awarding of the second Olympic Laurel to former International Olympic Committee President Jacques Rogge, a speech by current IOC head Thomas Bach and the lighting of the Olympic cauldron, held aloft by five twisting supports and designed in the style of a traditional Korean “moon-bowl.”

The 2018 Winter Olympics began on Thursday and continue through Feb. 25. 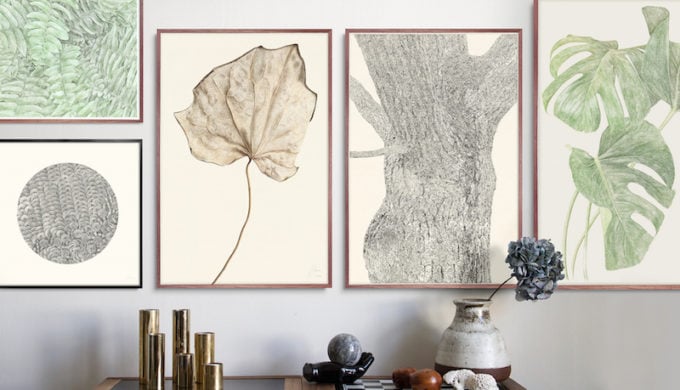 We have a little corner of our apartment that needs art — just something simple. So, I was happy to discover these nature prints by Swedish artist Jonna Fransson.… Read more

The post Four Fun Things appeared first on A Cup of Jo. 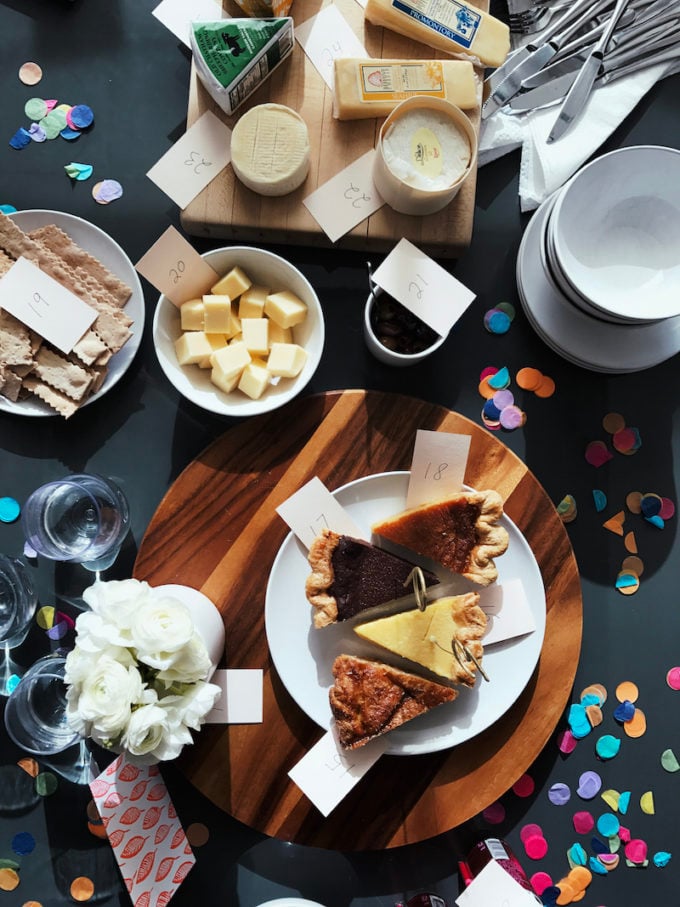 Last week, my colleagues asked me to step into the conference room… 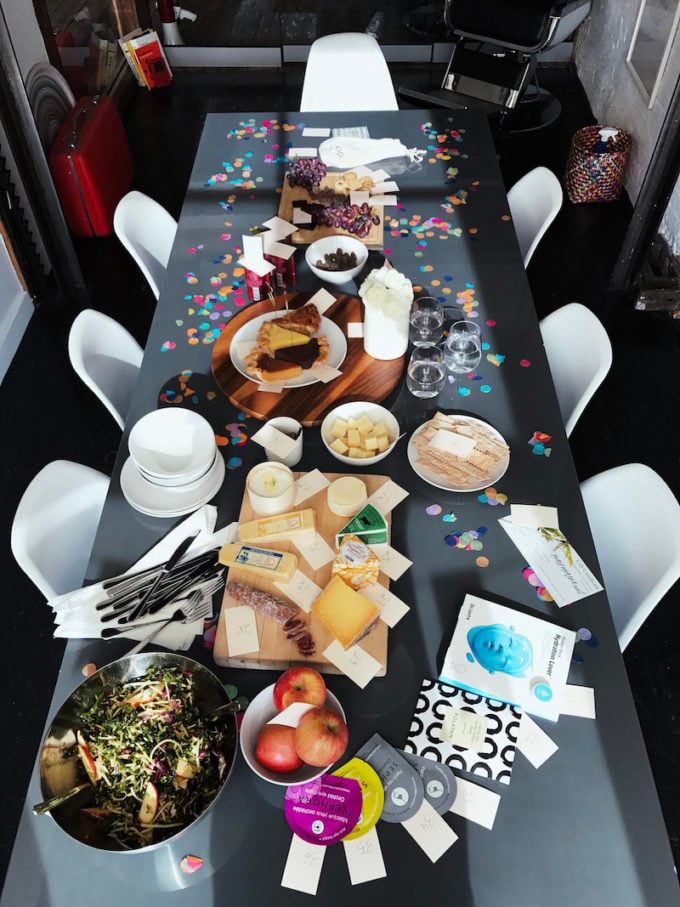 Since I was turning 39, they presented a spread of 39 things they knew I’d love!… Read more

The post A Fun Birthday Gift Idea appeared first on A Cup of Jo.